Having grown up surrounded by a wide variety of music, Daniel started piano lessons at the age of 8. Shortly afterwards, he joined a local choir and has maintained a passion for ensemble singing ever since. He continued singing his way through secondary school and played with a number of bands, where he first picked up the guitar and took his turn on bass and drums.

While studying music at the University of Huddersfield he sang with at least seven different choirs, singing styles from Classical to Barbershop, and made a name for himself as a performer and songwriter on the open mic circuit.

After graduating he spent two years working as a visiting music teacher and instrumental teacher in Teesside before moving back to West Yorkshire to study for a PGCE in secondary music in 2017.

As well as his experience as a teacher and community musician, Daniel has a particular interest in singing and choral direction. He also has experience in composition, arrangement and orchestration, and writes and performs his own music. In January 2019 he held an album launch event featuring a specially organised band and chamber orchestra made up of local musicians.

Daniel Joined Calderdale Music in September 2019 with an ambition to spread his passion to as many people as possible. 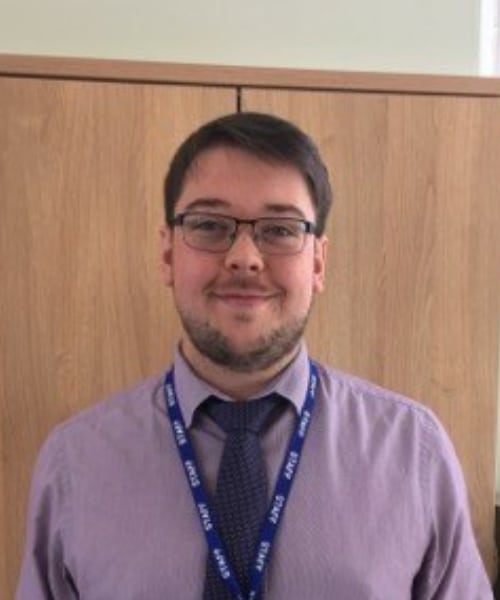